The Wolfberg Cracks - sort of...

Today we decided to attack the Wolfberg Cracks, near Dwarsrivier.  In retrospect we'd have benefitted from some pre-trip research, but it just sounded good so we set off - soaking up more wonderful scenery as we drove north along the secondary road that runs parallel to the N7. 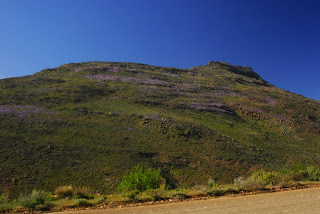 The road east towards Algeria includes the picturesque Nieuwoudt pass. 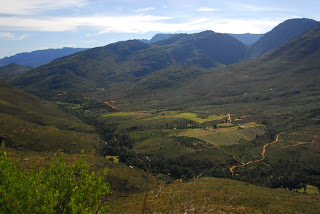 Yet more flowers, rocks & dazzling blue sky - then a peregrine as well (in case we weren't sufficiently impressed yet)... 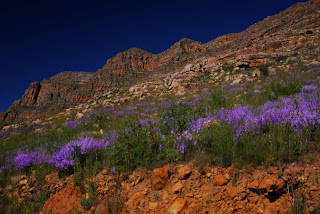 Then further on - past Algeria - is the magnificent & aptly named Uitkyk (lookout) pass, postcard stuff! 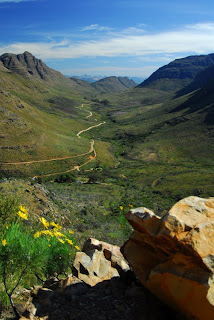 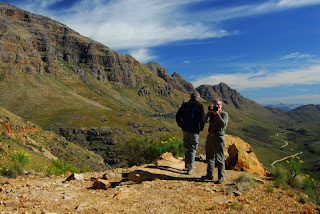 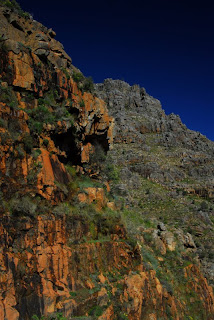 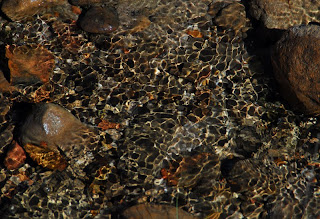 Beyond Uitkyk, the scenery changes completely & Kev led us to another rock shelter that's full of art. 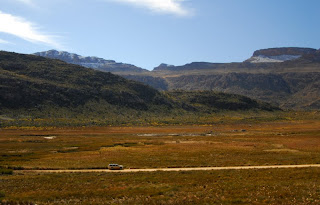 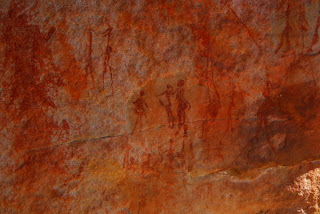 Next we stopped & did the short stroll up to Lot's Wife - a formation that really doesn't ask much of one's imagination (provided you recall that strange bible story about the woman who was turned into a pillar or salt because she looked back when the boss had told her not to). 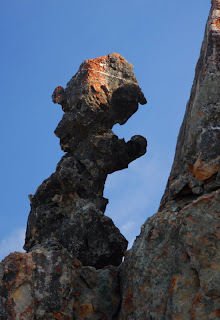 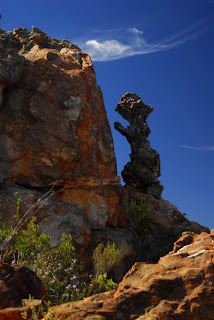 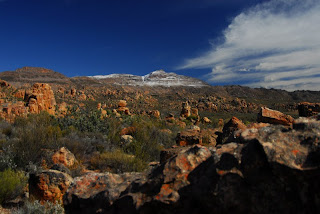 Still oblivious to the extent of Mission Wolfberg Cracks, we tooled around some more before parking & following the trail towards the cracks. 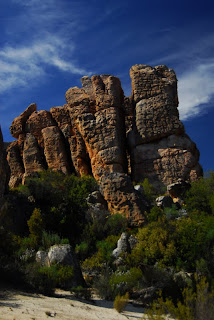 After staring at the map, the surroundings & then each other for a while, we eventually concluded that - yes, Those must be the cracks, Way Up THERE!  Hmmm...  Oh well, it's only 13:30 &, as the mighty Clarkson would say: "how hard can it be?!" 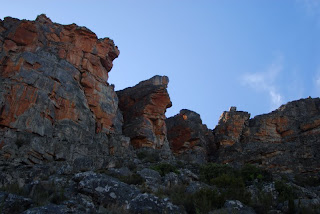 At least the map & the view before us were in agreement - all the little contour lines really do tend to pile up rather violently over there! 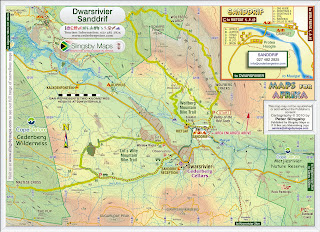 At one stage we were amazed to see a couple of kids, probably about 8 or 10 years old, go charging past at high speed.  Cool enough that they were just completely in their element out there (unfussed parents cruising along further behind), but then John noticed that the kids were 4x4ing around like that barefoot!  Neat :) 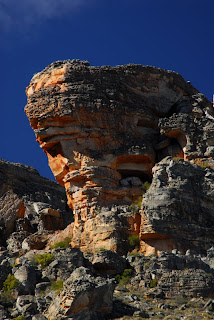 Kev (who does this hiking & photographing rocks thing for a living) had gone off ahead & after about an hour we found where he'd gotten to - Wow! 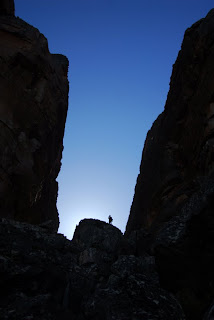 Here's what him & the Hasselblad could see of us down below... 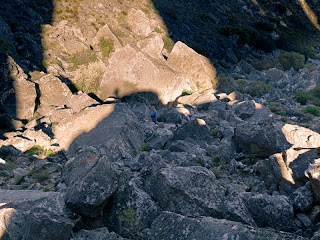 Needless to say - the view from up there was even more breath-taking than the hike. 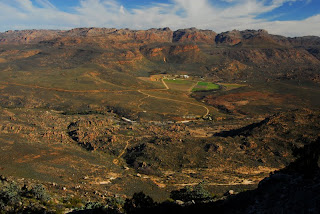 We poked around up there for about an hour before accepting that there simply wasn't any obvious way along/through the cracks that would get us anywhere in the time available, so we made our way back down in the increasingly dramatic afternoon light.  We promise to do a better job of the Wolfberg Cracks next time! 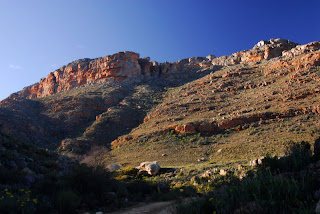 As good as the late-lunch energy bars were on the way down, nothing could compete with the ciders that were waiting for us when we got back to the car :} 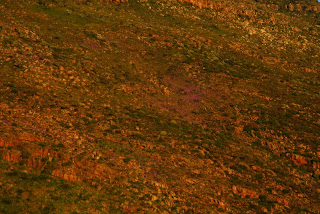 Once again we couldn't drag ourselves away so we stayed over in Citrusdal for one more night - returning to the great little restaurant in the lodge for an even better dinner & a table closer to the fire.  Thanks a million to Kev for all this - after these amazing 4 days, JB & I are both dangerously close to signing up for this ridiculously cool lifestyle of yours!
Posted by Lisa Crause at 9:53 PM