After a couple of days catching up in Cape Town, John & I set off yesterday to join Kev at the delightful Kloof Cottage at Traveller's Rest in the Cederberg, about 35 km eastish of Clanwilliam.  High on the list of priorities was introducing JB to our utterly treasured Hot Whiskeys: Jameson's, brown sugar (or honey), fresh lemon & hot water - soon to be followed by a deep sense of all being right with this world... 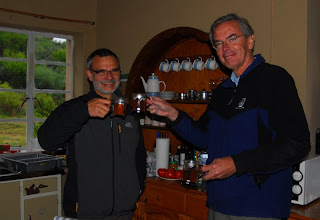 Before setting off on today's main adventure, Kev led us to the incredibly beautiful "Veg en Vlug" (fight & flight in Afrikaans) rock art site nearby. 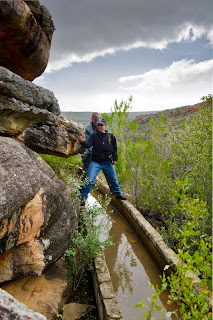 As is so often the case, there are multiple interpretations as to what this complex scene represents - both in literal & figurative terms.  Whatever the artist intended to convey, one cannot help but be struck by the technical challenges of painting on a low ceiling in a small shelter such as this, & the deliberate use of the 3-dimensionality of the "canvas" to add to the drama.

Next it was off to the Biedouw Valley to see what the flowers were up to... 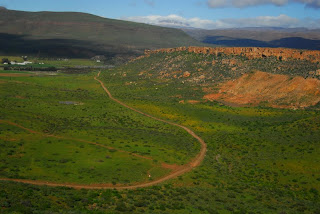 The yellow ones seem quicker to respond to the sun coming out. 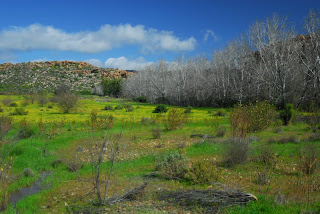 Most of the orange guys were still curled up snoozing! 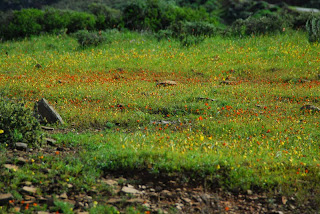 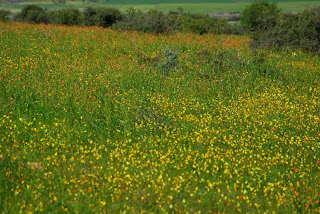 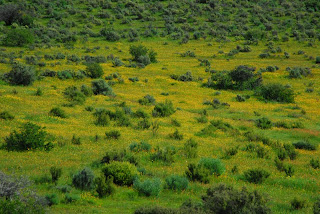 We made our way down south towards the isolated little village of Wuppertal. 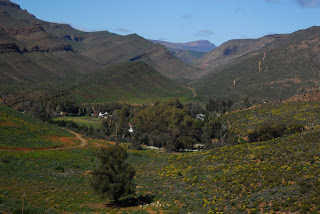 The scenery along the way was, of course, spectacular... 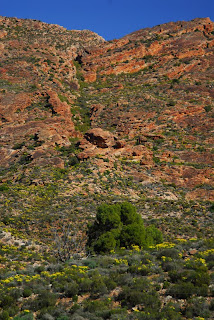 Wuppertal was set up as a mission station back in the 1830's & you get the sense that relatively little's happened here since!  The church is dated 1834. 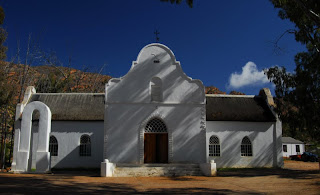 The find of the day was the Lekker Bekkie restaurant in The Leipold House - really scrummy toasted chicken-mayo sandwiches at R14 a pop! 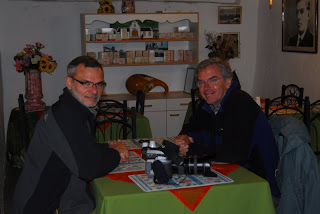 The view to the south from a lookout point just outside the town... 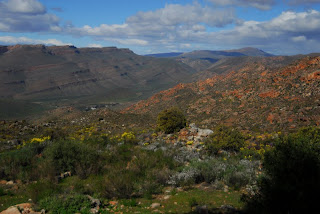 An ideal opportunity for our intrepid navigator to check his calibrations :) 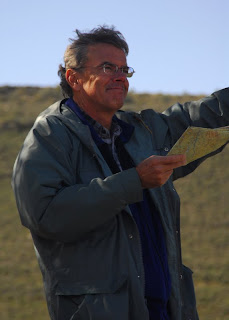 Then time for some more exploring - there be Rocks out there, weird ones! 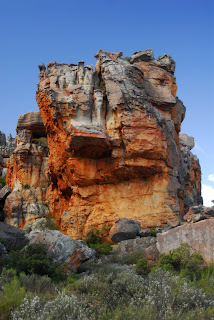 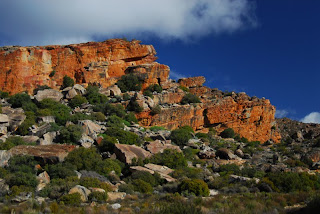 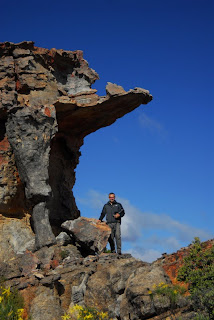 A nifty formation that ought to be called The Stegosaurus' Knee, or something like that? 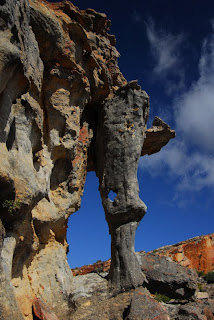 These 'Markans - you just can't take them anywhere! 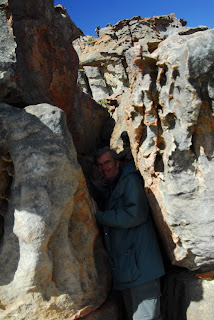 We drove on to a tiny but immaculate little settlement called Heuningvlei, just to see what's there. 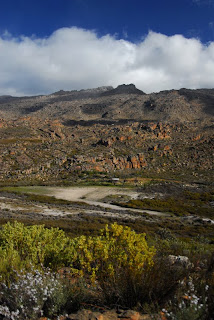 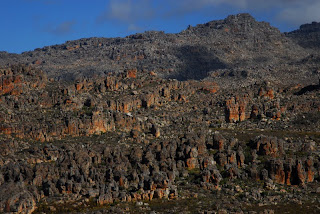 & a good spot to catch Kev blasting through the river :) 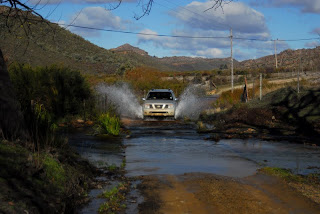 On our way back we stopped in at another rock art site & the crystal clear sky afforded me another wicked polariser fix. 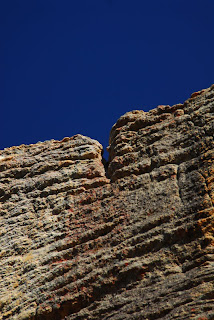 Here's an unusual perspective looking up at the rock face that loomed over us... 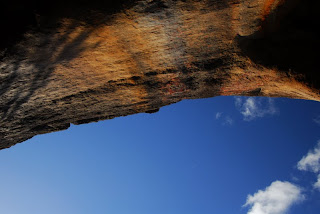 By the time we left that site, the afternoon light was working its magic on the landscape. 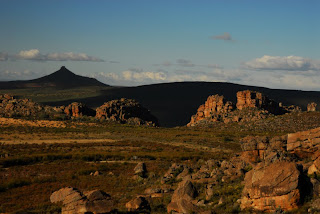 & the polarisation fairies went into overdrive :) 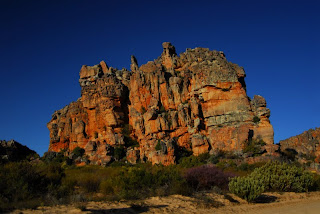 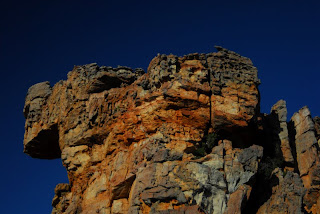 When we got back to the valley the flowers had packed it in for the day, but the light on the land was a treat none the less.