Bafana Bafana vs the USA at Greenpoint Stadium

After the huge success of the Soccer World Cup earlier in the year, everyone was eager to re-live that intoxicating spirit so we jumped at the chance to get tickets to the match between Bafana Bafana & the USA at Greenpoint Stadium. 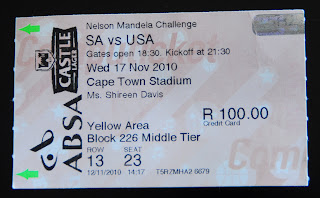 We parked in town & walked to the shuttle bus near the Civic Centre, then popped out in Greenpoint & strolled to the stadium with all the other crazy fans. 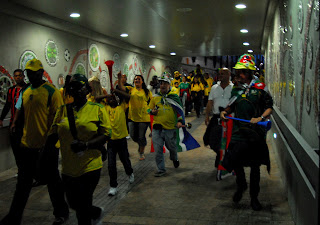 It was a *perfect* Cape Town evening & the stadium loomed gracefully against the clear, dark blue sky.  Nothing like the last time I was there (for the Italy vs Paraguay game back in June) when it was Freezing cold & rainy! 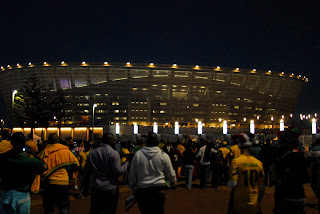 Since I don't own a single item of yellow clothing (what a crap supporter!), I had to settle for wearing the big SA flag  I'd bought during the World Cup. 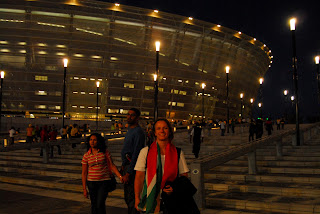 Walking up to the stadium felt a bit like approaching a huge ship... 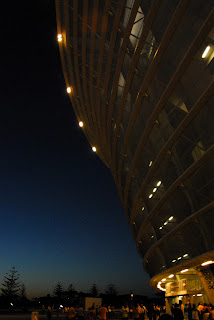 We got there early enough to see the last-minute pitch preparations going on. 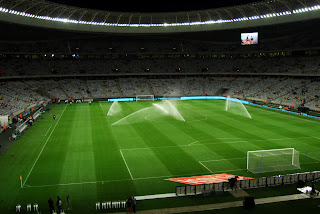 Just love the roof, it's a really beautiful piece of engineering... 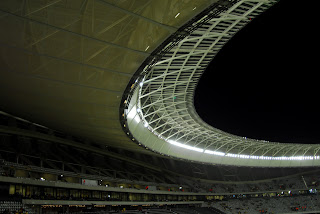 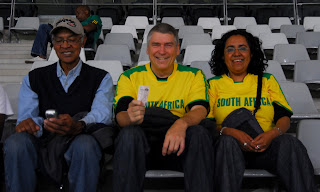 The two teams came out to warm up about an hour before kick-off.  Bafana do a rather funky version of a gumboot dance as part of their routine :) 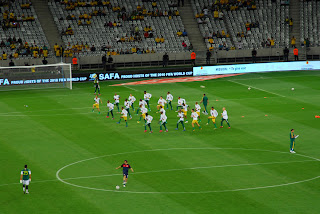 Next, the Navy Band appeared & played the two national anthems - in fine style! 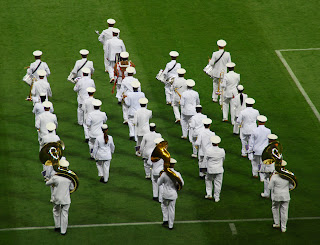 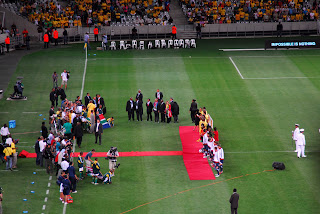 The overhead view of the stadium, projected onto the big screens... 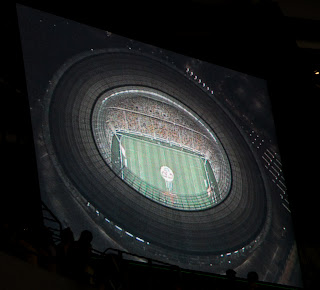 Our team enjoyed Huge local support, but unfortunately it wasn't quite enough to get them to score any goals!  Still - the crowd had a lot of fun, blasting the hell out of their vuvuzelas & doing the wave whenever things got a bit slow. 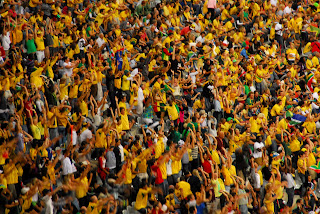 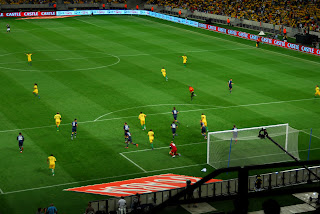 Despite the loss, everyone left the stadium in good spirits - having had an excellent night out! 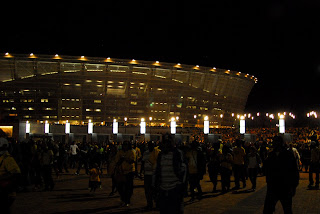